Posted on December 24, 2014 by larryhamillphotography | 7 comments

Details of 2015 Calendar above. Some earlier Calendars below. 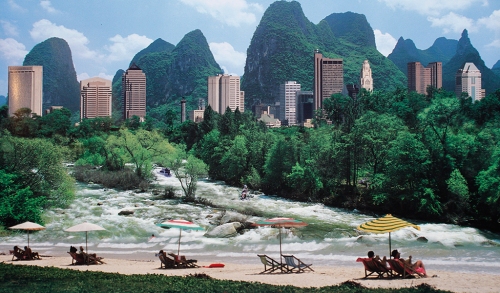 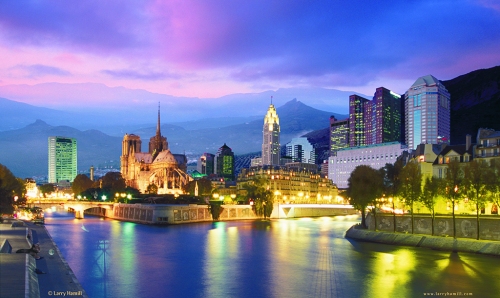 Where the Scioto River Meets the Andes

Posted on December 9, 2010 by larryhamillphotography | 19 comments

The 2011 Columbus Skyline poster calendar is in, marking our  21st year. This year’s skyline is framed by the Andes Mountain range in Southern Ecuador, with a foreground view of the Scioto River looking upstream from Dodge Park.

In keeping with a tradition started by Fred and Howard years ago, the 2011 Columbus Skyline calendar is available at Hausfrau Haven, located at 769 S. Third St. in German Village.

A Fresh Look at ART of Seeing

Here’s our sneak preview of the upcoming 2010 ART of Seeing book, due out in April. Published by Alcove Books, this annual photography collection is dedicated to editorial, fine art, landscape, nature, travel, and artistic commercial photography.

Their publications have been described as “stunning” by the San Francisco Chronicle. ART of Seeing offers professional photographers a means of reaching an audience of 6,000 creative buyers, photo galleries, stock houses, and collectors.

Glenn Steiner, an award-winning photographer and lifetime member of the American Society of Media Photography, juried this year’s book. Glenn teaches digital photography and Photoshop techniques at the Mendocino Art Center in California.

The above images, Eau de Vie & Strolling, are from the upcoming publication. The following images were part of the ART of Seeing collections from 2007-2009. 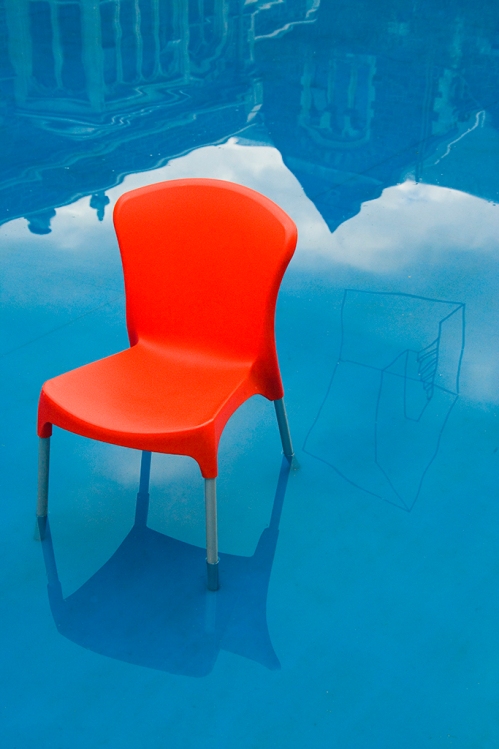 For more info or to obtain a copy please contact Tom Palmer at Alcove Books.  ART of Seeing can also be downloaded as a pdf file from Alcove Books website. 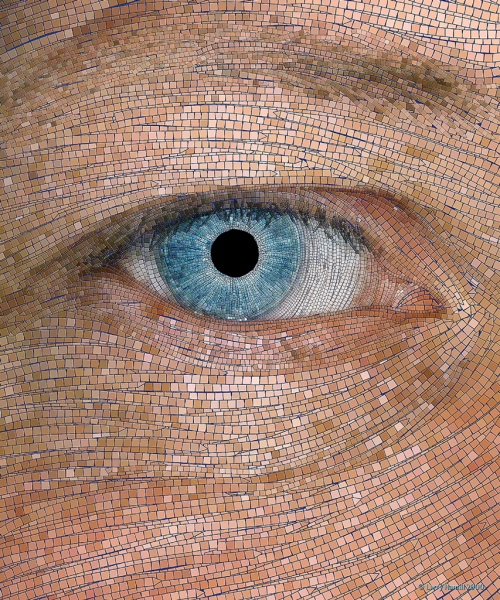 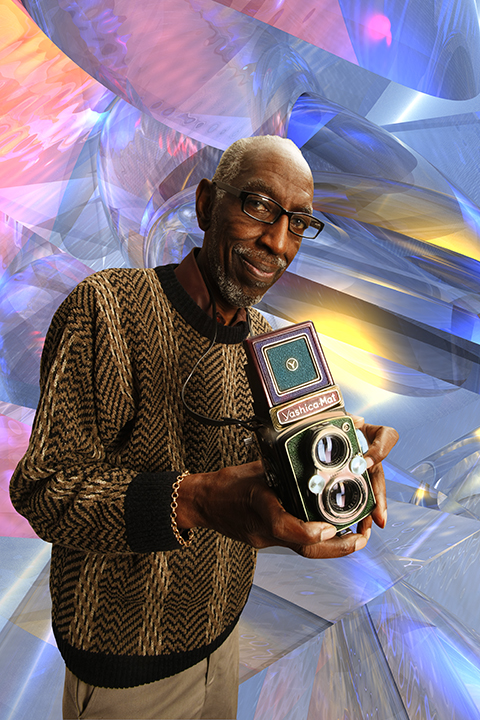 Larry was recently asked to be a guest curator for Ragazine.cc, the on-line magazine of art, information and entertainment.

Originating in the mid-1970s in Columbus, Ohio, Ragazine was the title of an alternative newspaper published by a small group of friends. In 2004, it was revived on the web as Ragazine.cc by Mike Foldes, founder and managing editor, and continues to be a collaboration of artists, writers, poets and photographers.

Guest curators are asked to gather work from fellow artists and photographers that they believe merit a larger audience. Larry selected Columbus photographers Kojo Kamau and Chas Ray Krider as featured artists for the November-December 2009 issue.

Chas Ray also started out documenting life in Columbus and over the years moved to framing the darker side of life.  Two of his erotica series are entitled Goodbye Kitty and Days of Noir.

The images of Kamau and Krider, posed here with cameras of yesteryear, are part of Larry’s ongoing Colorful Camera Series.  The first of these images can be seen in a previous post entitled Digital Technology Changes in a Flash.

Digital Technology Changes in a Flash

Jonathan Putnam, an actor with CATCO Theatre, in awe over the technological transition from flash bulb photography to digital graphics. 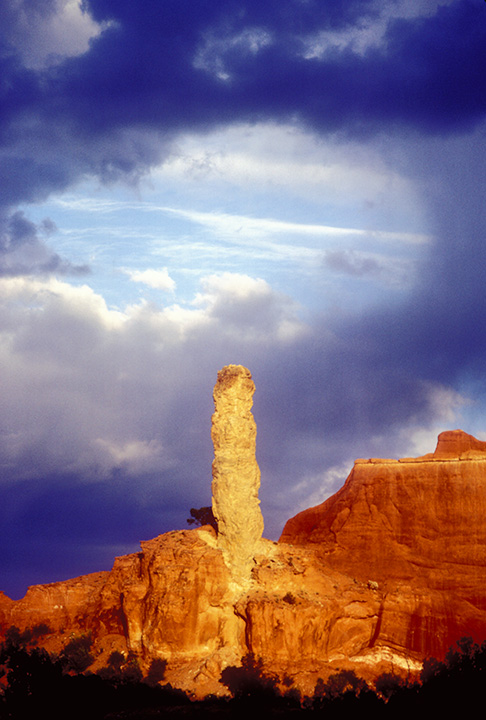 Seventy-four years after Kodak began producing Kodachrome and thirty-six years after the release of Paul Simon’s lyrics about the nice bright colors giving us the greens of summers, Kodak shuttered it Kodachrome film production last month.

With all the advances in digital photography, it was just a matter of time before mama Kodak took our Kodachrome away.

According to Crave – The Gadget Blog, Kodak is donating its last rolls of Kodachrome to the George Eastman House International Museum of Photography and Film in Rochester, N.Y.

Dara Kerr’s post entitled, Kodak winds last rolls of Kodachrome, notes that one of these last rolls will be shot by Steve McCurry.

McCurry is perhaps best known for his photo of an Afghan refugee girl with bright green eyes, which graced the cover of National Geographic in 1985. Of course, the shot was taken with Kodachrome film.

More on McCurry’s career with National Geographic can be seen on YouTube.

The largest parade to take place in memory flowed from the Ohio State Capitol to the Short North District, celebrating Gay and Lesbian Pride month. Columbus police estimate between 180,000 to 200,000 people participated in the peaceful celebration. Local evening news carried a brief story – half of which covered the two dozen protesters condemning the gay lifestyle.

The riots are cited as the first instance in American history when gays and lesbians fought back against government persecution against homosexuals, and have become the defining event marking the start of the gay rights movement.

The African American Civil Rights Movement, the Counterculture of the 1960s, and antiwar demonstrations served as catalysts for the Stonewall riots. Today, Gay Pride events are held annually throughout the world in June to remember the riots and advocate for change.

“Forty years ago this month, the gay rights movement began with the Stonewall riots in New York City, as gays and lesbians demanded an end to the persecution they had long endured. Now, after decades of hard work, the fight has grown into a global movement to achieve a world in which all people live free from violence and fear, regardless of their sexual orientation or gender identity.

In honor of Gay and Lesbian Pride Month and on behalf of the State Department, I extend our appreciation to the global LGBT community for its courage and determination during the past 40 years, and I offer our support for the significant work that still lies ahead.”

Further Clinton comments can be found on the U.S. Department of State’s official website.

“I’ve taken the family portrait since its inception,” said Larry Hamill, a village based photographer. “In a way, it’s a study in demographics – marking not only how people have changed over the years, but the park as well.”

Erin O’Donnell, executive director of the society, noted that these photos will become part of the German Village archives. Years from now, when new residents of the village look at these portraits, hopefully they will look past the clothing and hair styles and wonder how the stories of each individual added to the essence of life in the village.

Copies of the photograph can be obtain through the German Village Society.

Posted on June 9, 2009 by larryhamillphotography | 2 comments

Columbus’s own Contemporary American Theatre Company celebrates its 25th anniversary this year. To commemorate the date, we teamed up with CATCO and Grange Insurance to produce an anniversary poster. Signed copies of the poster were available to theatre goers at last Friday’s opening of Blackbird.

The challenge was getting images from 27 past Playbills onto the letters, which make up the Hollywood-style sign. After photographing the individual letters, the Playbill images were added in Photoshop. The poster below was also produced for CATCO fifteen plus years ago.

We salute the creative group at CATCO for continuing to bring quality theatre to local audiences. Tickets for Blackbird, which runs through June 26, are still available.

THINKING OUTSIDE THE BOX

The above image is from our current direct mail piece.
Below is some of the copy as it appears on the back side
of the promo card.

“Discovery consists of seeing what everybody has seen and
thinking what nobody has thought,” Albert Szent-Gyorgyi,
Nobel Prize recipient.