From one World to another

Posted on May 2, 2015 by larryhamillphotography | 6 comments

There is a new exhibit of art at the Barcelona Restaurant & Bar – Columbus in German Village. The imagery Larry Hamill is presenting comes from the world of abstract 3 Dimensional Space and is translated into the 2nd Dimension.

The artwork on the walls of Barcelona is a new series of 3 dimensional imagery. In a way it is similar to aerial photography. The various shapes are created and placed on a flat white plane. The “camera” position is moved over the geometric landscape until a pleasing vantage point is selected. Low res renderings are done until the composition and light sources have a interesting visual resonance. At that time a high resolution file is rendered. 15% of the sales of this artwork will be donated to the German village Society. 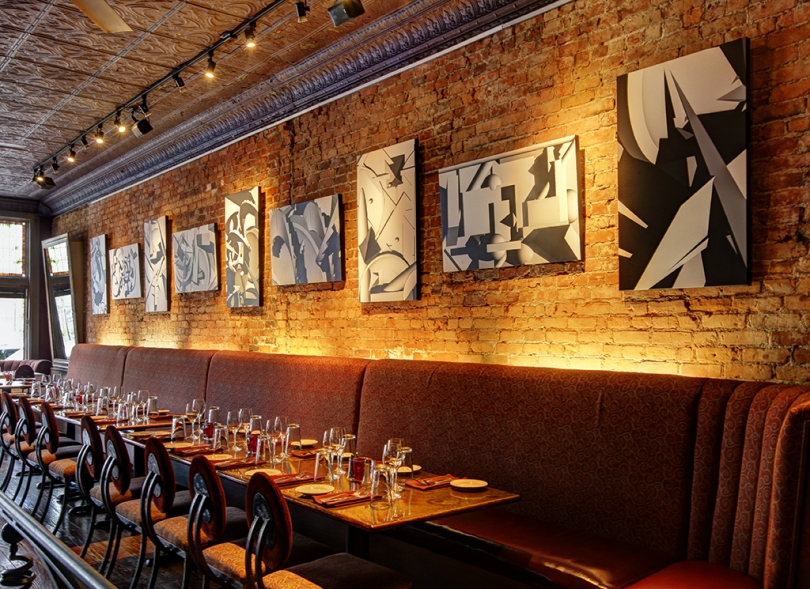 A different World of images is currently on display at Giuseppe’s Ritrovo Restaurant is in the city of Bexley at the corner of Drexel & Main Streets. This artwork concerns the interaction of Symmetry  and Asymmetry in older communities. 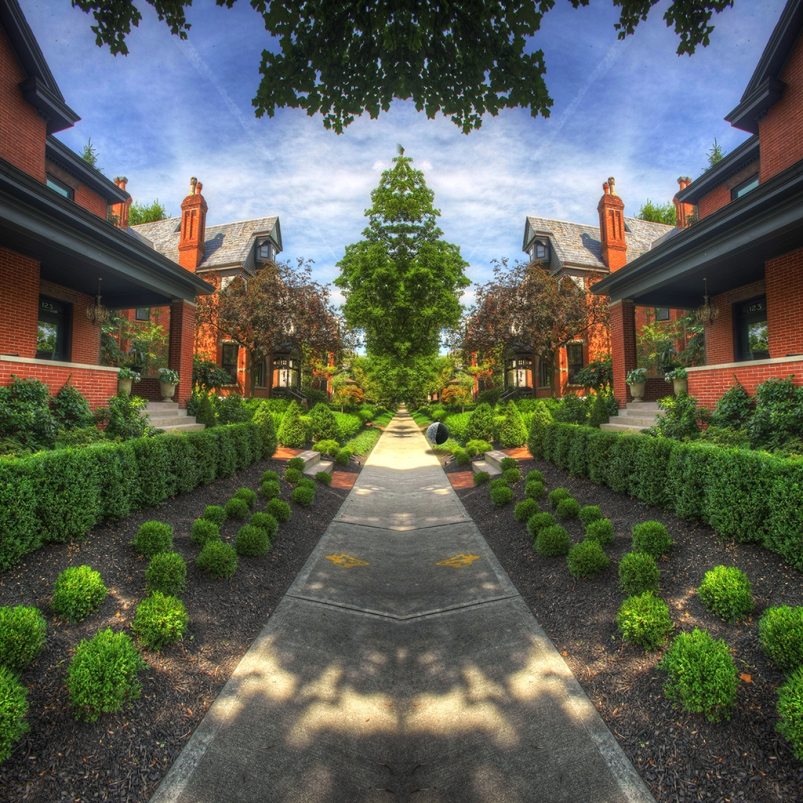 The http://frame-warehouse-online.com did a wonderful job of printing and stretching the canvases for both exhibits.

Posted on July 18, 2011 by larryhamillphotography | 6 comments

MedFlight has just introduced a new helicopter, the Euro Copter 130, which will eventually comprise their entire fleet. Pictured above hovering over the Santa Maria replica, the Euro is capable of moving at 130 knots – technology that Christopher Columbus couldn’t have imagined.

This agile, light, single engine chopper can carry a pilot, patient and three medical personnel and has a roomy interior that provides greater access to the patient. 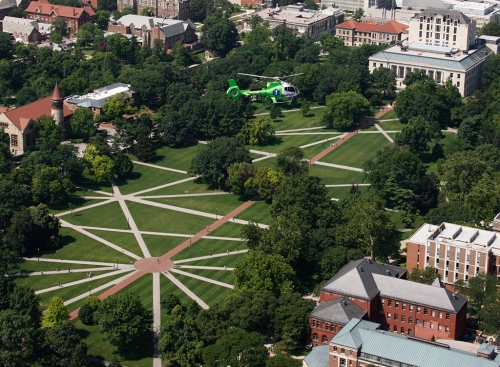 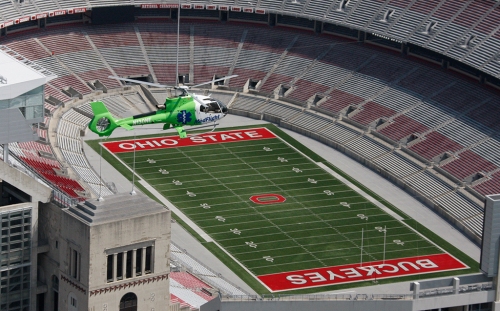 Its Traffic Collision Avoidance System, Satellite Real Time Weather and voice, video and flight recorder gives the pilot added safety measures. Whether in the air or on the ground, MedFlight places patient safety first. A representative from MedFlight noted that while the Euro Copter 130 may be capable of 130 knots, their pilots will not be pushing the envelope in terms of speed. 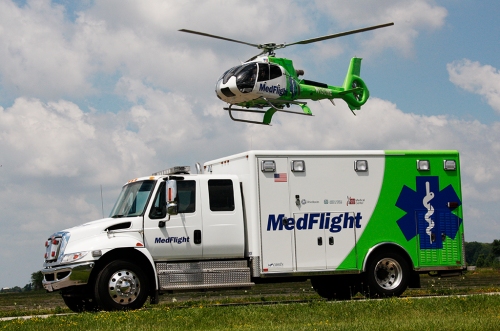 Posted on August 12, 2010 by larryhamillphotography | 7 comments 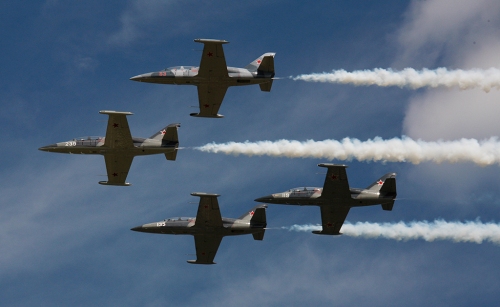 Having recently attended EAA AirVenture  in Oshkosh, WI, I thought I’d share some images. Originally known as the Experimental Aircraft Association’s Fly-In Convention, aircraft enthusiasts have been gathering in Oshkosh since 1953.

EAA AirVenture Oshkosh, as it is now known, is one of the world’s premier aviation events, attracting government officials, corporate leaders and hundreds of thousands of aviation aficionados. It spans the spectrum of aviation and according to their website, attracts 10,000 airplanes annually. You might see anything from the Spirit of St. Louis to a Stealth fighter.

Over  500 forums were conducted by aviation leaders, NASA researchers, FAA personnel and aircraft designers. The exhibit buildings housed something for everyone, ranging from flight instruments and aircraft parts to insurance carriers.

And it’s not just the pilots that get a lift. With more than 500,000 attendees, the local and state economies land a 110 million dollar boost during the week-long event. 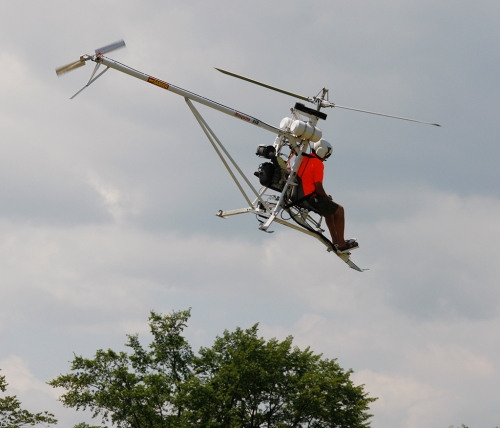 As a not-for-profit company, MedFlight maintains a fleet of eight helicopters and four MICUs and covers 10 counties within Ohio, providing transport for the critically ill and injured.

Each year photographing for MedFlight’s calendar brings it own unique challenges, whether it be angling a helicopter just right over a snow covered Serpent Mound or being mindful of safety issues like the powerful effect of prop wash. 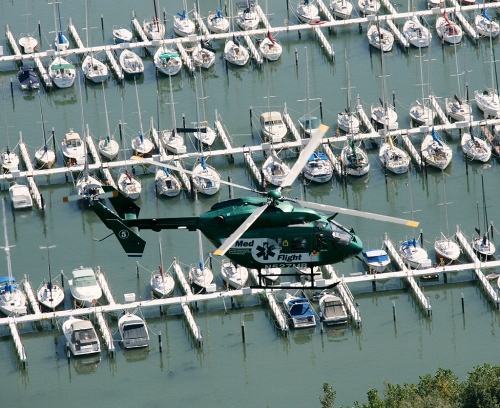 In addition to transporting over 6,000 patients last year, MedFlight made over 250 community visits, including the Prom Promise drug and alcohol accident simulation event  to help educate teens about the perils of DWI.

We salute the pilots, drivers and medical crews who have made an impact in the lives of many, as well as the pilots who make these aerial photographs possible.